Thank you for Subscribing to MD Tech Review Weekly Brief

Bob Rogers, Founder, CEO and Chairman of the Board
Sepsis, is a life-threatening condition caused when the body’s response to an infection goes out of balance, which triggers changes that damage other organs. This deadly infection affects almost 1.7 million people a year in the U.S. and kills nearly 270,000 people. To date, blood cultures remain the gold standard for determining if a patient has sepsis. An early and accurate diagnosis of sepsis is essential to ensure better treatment for such patients. However, contaminated blood cultures, also known as a false-positive blood culture result, lead to over one million misdiagnoses every year. Patients who are misidentified with sepsis might be treated for a bloodstream infection that they don’t have. This leads to more extended stays in hospitals and continued exposure to tests, drugs, and potentially to severe hospital-acquired conditions, all while the actual reason for admission remains unaddressed.

A Challenge that Continues to Grow

To better illustrate the critical issue that Kurin strives to address, Rogers explains, “In the infection prevention (IP) world, there are several challenges revolving around sepsis, cultures, and the use of antibiotics.” Too often, these false-positive blood cultures are treated as infections, and some of them must be reported to the Centers for Disease Control and Prevention (CDC), even though the hospital eventually realizes they are not a true infection. Another major problem confronting those in IP is the presence of C. diff, a deadly infection, where antibiotic use is the largest contributor to the disease. As such, eliminating the use of antibiotics wherever possible is essential. There is also increasing concern over superbugs, bacteria that become resistant to antibiotics. Hospitals have antibiotic stewardship programs to reduce the use of antibiotics, and those who are placed on antibiotics because of an incorrect blood culture test would be a straightforward subset of patients to address.

For a long time, hospitals have used a three percent contamination rate as the standard performance benchmark, based on a 2005 Q Probe survey. However, currently, hospitals are using cutting-edge technologies to drive that contamination rate well below one percent. In fact, some recent researchers claim that it’s high time to use a one percent benchmark. For this, it is essential to understand what is often causing these contaminations. A major reason turns out to be the microbes on our skin.

Approximately 20 percent of microbes reside in the dermis layer, and when a needle penetrates the skin, some of these microbes are collected by the needle and can enter the blood culture bottle.
Even scrubbing with an alcohol pad does not necessarily prevent sub-surface skin bacteria from getting into the sample. As a result, the analysis will show the presence of bacteria, which a hospital might conclude came from the patient’s bloodstream and, thus, diagnose them as having sepsis. 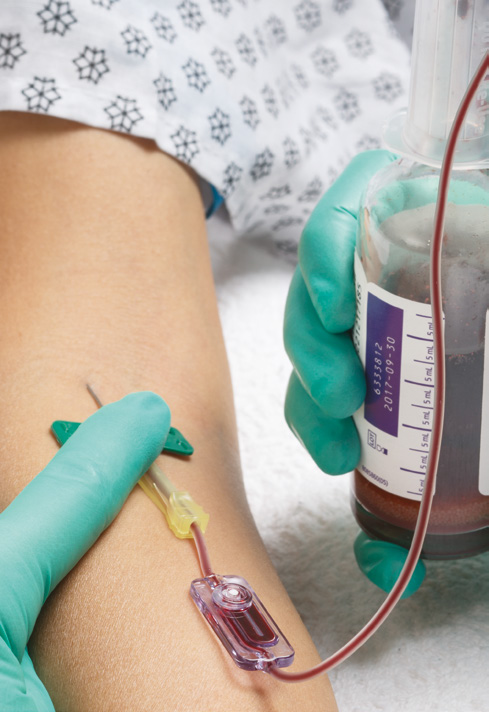 A straight forward method to prevent any possibility of contaminating the culture sample is to use empty vacuum tubes that are often called waste tubes or diversion tubes. The idea is simple—draw off a few milliliters (mls) of blood and throw the tube away. Keeping aside the fact that this process would require wasting a lot more blood than is needed, data shows that the contamination rates decline with the use of diversion technology. In essence, it works!

However, the challenge here would be to convince people to actually comply with this practice. Most hospitals report their highest contamination rates are coming from the Emergency Department (ED) and the ED is an incredibly busy, high-stress place where immediate decisions and action can literally mean life and death. What might seem easy in one situation, like using an empty tube, has proven very difficult to maintain as a steady practice in a fast-paced ED. Once compliance to this practice drops, contamination rates will revert to their original level, which is what often happens with waste tubes. In addition to waste tubes, a device specifically intended for diversion has been on the market for years to address this problem. Obstacles to compliance of using this device include the large size of the device, which impacts both storage and disposal, the volume of blood used (1.5-2 mls), and the fact it takes a specific action by the person drawing the blood. This extra step, while not complicated, takes extra time and requires a newly-learned action, and just like with using a waste tube, these obstacles can impact compliance in a busy environment.

An Evolution Beyond Diversion

Being a leading figure in the medical devices space for the last 35 years, recognized for his pioneering contribution to the Luer-activated valve industry, Rogers knew well that to develop a solution to a problem, it is important to understand the drivers of the problem and ignore the confines of what others have said or done. Such wisdom can only come from a person who has done this before. For Rogers, his experience developing the Curos disinfecting cap—a disposable passive disinfection device, which was acquired by 3M Corporation in 2015—came in handy. In his words, “As important as developing a solution to the problem, in this case contaminated blood cultures, the invention has to take into account how the product will be used.”

Looking at the hectic environment where blood cultures are taken, the device has to fit, which means above all else, it must be simple. To truly impact clinical outcomes, the product must be easy to use and not just be something that works. And it is this evolution beyond diversion products that has helped Kurin be so successful.

When asked how he came up with the idea for this leap in technology, Rogers says, “When looking at a video of a blood culture test procedure, something didn’t happen that I was expecting to see.
I thought I would see a flash of blood and when I realized why this did not occur, specifically that the blood culture set (also known as a butterfly set)is a sealed tube, blood flow/flash was prevented because air could not enter or exit. In my mind, this created an opportunity to simply address the skin/surface contaminant problem. In effect, I simply created a device with a hole in it to allow air to escape and designed the channels so the initial flash of blood flows into a side channel. This allowed for a technology that was small and it meant a nurse did not have to do anything differently.”

Kurin was designed to be extremely simple. It is integrated into a commonly used butterfly set, so those people drawing cultures are not learning anything new. Instead of a mechanical device where an action is taken to collect the blood, this device uses the patient’s blood pressure to fill a side channel with the initial blood and contaminants that are often in that skin plug. When a vacuum source, like a blood culture bottle, is attached, the blood from the vein then flows through an adjoining channel into the blood culture bottle. The Kurin Lock is incredibly small and only uses an extraordinarily small amount of blood, approximately 0.15 mls, to improve blood culture collection. Kurin has all of the advantages of the diversion products, but without the disadvantages that make compliance so challenging. Simple indeed!

The patented and FDA 510(k) cleared Kurin device transforms a regular blood culture collection set into a powerful yet simple way to put skin contaminants on the sideline. Each Kurin® collection set features industry-leading butterfly needles and is compatible with all major blood culture bottles. The integrated Kurin Lock® enables clinicians to automatically discard the initial flash of blood, which may contain skin microbes, with no change in collection practice.

A Robust Yet Simple Solution for Blood Culture Collection

Kurin has been helping hospitals around the country significantly reduce their contaminated blood cultures and generating Clinical Data to prove it. As an example, Hartford Hospital in CT published a peer-reviewed study where they reduced their contaminations from 1.7% to an amazing 0.44%, which is a 74% reduction. Several other hospitals have presented similar data, meaning untold thousands of patients around the country have been spared the clinical problems of contaminated blood cultures, and hospitals have saved tens of millions of dollars, just in the last year. The company has seen a significant increase in demand in the last few months—even during the pandemic.

For Rogers, the success of Kurin is yet another golden feather in the cap and he aims to up the ante in the next 12-18 months. “We continue to build a larger team and are expanding our manufacturing capabilities to support our growth. We believe that if we are not making a difference in saving lives and helping hospitals reduce costs, then we have no reason to be in business. We love what we do, and we are extremely driven to work on significant problems. Our goal with Kurin is simple—to help hospitals improve clinical outcomes and help their financial bottom line,” concludes Rogers. 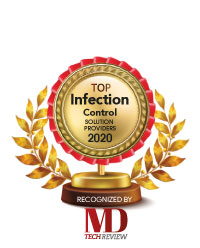 Management
Bob Rogers, Founder, CEO and Chairman of the Board

Description
Kurin a certified Minority Business Enterprise (MBE), focused on the design, development, manufacture, marketing, and sale of products that help healthcare providers reduce contaminated blood cultures. Kurin was designed to be extremely simple. It is integrated into a commonly used butterfly set, so those people drawing cultures are not learning anything new. Instead of a mechanical device where an action is taken to collect the blood, this device uses the patient’s blood pressure to fill a side channel with the initial blood and contaminants that are often in that skin plug. When a vacuum source, like a blood culture bottle, is attached, the blood from the vein then flows through an adjoining channel into the blood culture bottle

However, if you would like to share the information in this article, you may use the link below: